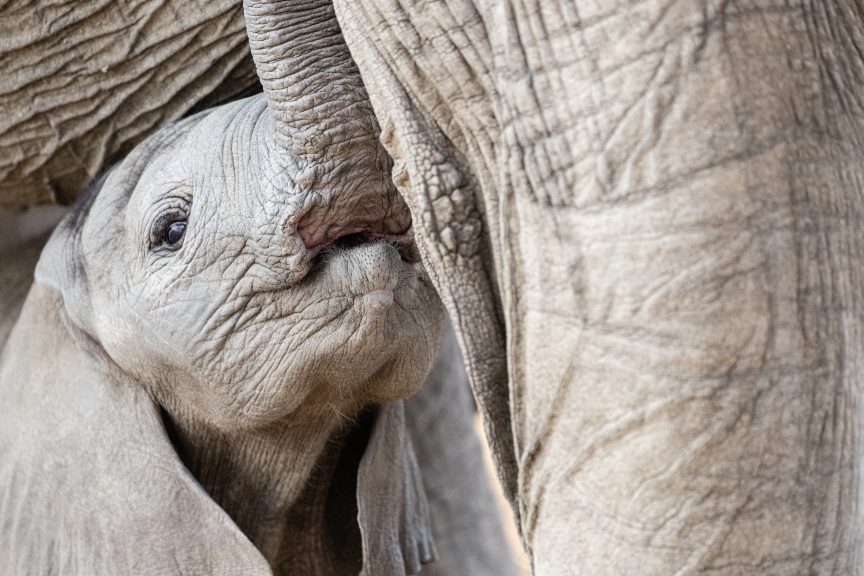 I was both excited and nervous about going to Kenya recently after a two-year absence. Beyond the extraordinary experience of just being in my happiest of places, there is always the pressure of the photographs. Will they be stronger than they’ve been in the past? Will I find ideas that interest me? Will my new gear and my growing familiarity with it be more of a liability than an asset? These are really all just various questions that grow out of a fear that my images will all be crappy repeats of what I’ve previously made.

Over the years, my photographs from Kenya have felt a little like some version of, “Look, here’s a lion!” What I mean by that is that they’ve sometimes felt like they’ve fallen short of Magnum photographer David Alan Harvey’s advice to “shoot what it feels like, not what it looks like.” I wanted more. One way I hoped to do that was by exploring relationships and interactions, the two words that have been guiding my work since my bear trips last year.

I guess what I was asking myself is what felt missing from my existing work. This is a question for anyone to whom challenge and growth are important. For me, the answer was relationships and a stronger sense of story. That’s what has felt missing to me.

Interactions are challenging to photograph as they are much less opportunistic. A portrait of a cheetah is easier; you see a cheetah, you make a portrait. But interactions are a matter of specific moments, so you spend a lot of time waiting. Waiting for cats to wake up. Waiting for them to do more than stare blankly at you, or at each other. So. Much. Waiting.

When things do happen, they happen quickly and, um, deeply. A portrait of a single cheetah requires much less depth of field than a photograph of two cheetahs where you want the faces of both to be in focus. This is especially important to remember as your lenses get longer. So it was a shift in thinking for someone who, in the past, has generally defaulted to being more wide open with his apertures.

I needed tighter apertures and faster shutter speeds, and, after a conversation with a friend and some reluctant experimentation, that led to a total change in how I photograph.

When I’m photographing on the streets, I’m always in Manual mode, choosing my settings for ISO, aperture, and shutter. When working with wildlife, I’ve defaulted to Aperture Priority mode, setting my aperture fairly wide open and letting the camera decide on the shutter speed and adjusting my ISO as necessary. Here’s what my friend suggested and how I’m doing it now: manual aperture, manual shutter speed, and ISO set to Auto with a maximum of 6400.

Here’s why this works so well for me. First, on the cameras I am using now (Sony a1), images made at ISO 6400 are virtually indistinguishable from images made at ISO 800 if they’re not underexposed. So the old fears about my ISO creeping so high that the images are too noisy to be unusable are now gone. Again, this depends on nailing the exposure, so keep an eye on that histogram and a thumb ready with the EV compensation.

With ISO no longer the consideration it once was, I’m happy to let the camera put ISO where it needs to be. I can keep the aperture exactly where I want it (my starting point is f/8), and my shutter speed never surprises me (it’s always at 1/1000 or higher unless I decide otherwise). So if I like my aperture and shutter, I can set them and (mostly) forget them. All I have to do is watch my histogram and nudge the EV compensation up or down, and I’ve set a thumbwheel on the back of my camera to do that.

I didn’t think I’d love this change; I thought I’d be fighting it. I was determined to give it a go for one day and then go back to the guy who suggested it to tell him he was a doofus. Instead, I’ve completely changed how I shoot, and I will carry this into my street photography as well.

Another change: I shot with a monopod for all my long lens work. I hate monopods with a purple passion. Or I thought I did. But a friend gave me a new monopod head for my birthday and I felt compelled to try it out. (It’s the Wimberley MH-100 MonoGimbal head; here’s a random YouTube review of the head to give you a sense of what I’m talking about.) I figured I’d try it out for a day and then go back and tell him, well, you know.

That didn’t happen, either. Most of the time, I kept the monopod collapsed to its shortest length (about 16 inches) and used it just by resting it on my seat. The gimbal head allowed me complete range of motion while still being supported and not flopping around. With my camera and a teleconverter, my 600mm lens weighs over 8 pounds (3.6 kg), and that’s a lot when you’re waiting with your camera to your eye for something to happen. I’ve been hunching over a bean bag in Kenya for 12 years, and this new way of working—which I resisted and thought I’d hate—was much more versatile. Anyone want to buy a bean bag?

I changed what I was looking for and I changed how I photographed in several ways, from almost all new gear to different techniques.

The point of this isn’t that you should start using auto ISO and shooting in manual, nor that you should get a monopod with a gimbal head or start photographing interactions rather than just portraits—but that you be open to change. Even seek it out now and then.

We can’t evolve or grow without change. I don’t know what it is inside my lizard brain that’s so nervous about change and reluctant to dive into it, but that’s often where the best challenge is. And challenge is one of the prerequisites for Flow, that optimum state of performance that athletes and performers and artists of all kinds have long coveted.

This all started by asking myself, “What’s missing from my work?”

Where is your work heading? Wherever it’s going, the next moves you make will be into a space that you don’t currently occupy, and that forward movement requires new ideas, skills, or techniques. They might seem obvious in hindsight—so simple they’re almost embarrassing to admit. They might also seem scary, and they’ll definitely come with no guarantees. It’s all one great big “What if?” and you never know the answer to that until you try.

After 35 years of making photographs, I know that if the question is, “What if I don’t change anything?” then the answer is that nothing changes.

Remember what Einstein said about insanity and expecting different results while doing the same thing over and over again? Change is where discovery and evolution happen. You’d be crazy not to.