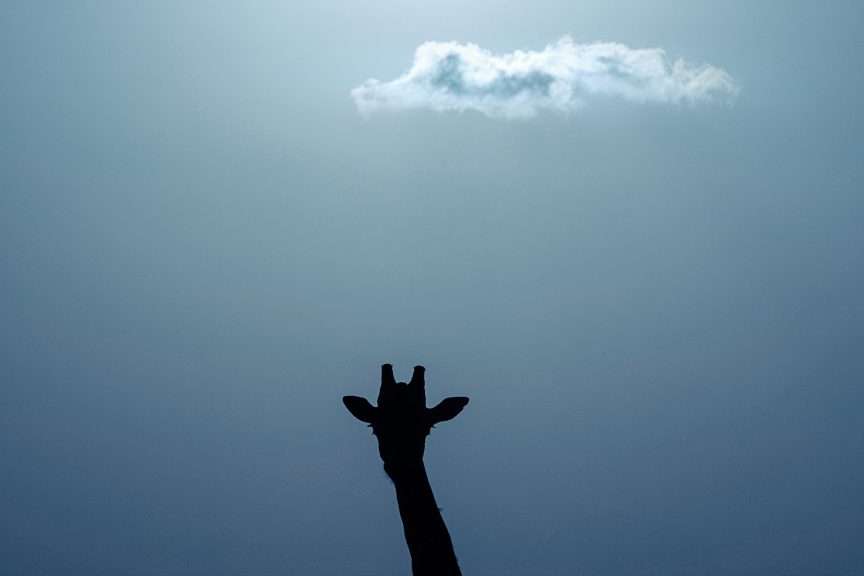 Somewhere out there, right now, sits a photographer who wants to throw in the towel, discouraged because they haven’t yet found their thing, their niche. I know this because I’ve been that photographer. Some of you have told me you’ve been there, too. Many photographers are still there, frustrated by how hard it is to be original.

If that’s you, you’re right. It has all been done.

If what you’re hoping for is originality in terms of the subjects that appear in your photographs, then I can see why the lack of some new subject you might claim as your own could be discouraging. After all, find something that has never been photographed and your images might never need anything more than their novelty for them to succeed. Photograph Sasquatch—I mean really photograph him—and no one’s going to criticize the light or your composition before gladly slapping it on the cover of National Geographic. You wouldn’t really need to have much to say other than, “Look! Here he is!”

There is probably nothing left that hasn’t been photographed (other than Bigfoot). Novelty is no longer the reliable crutch on which we could once lean for our photographs to be considered good or find a wider audience.

It’s all been done.

And yet, despite that, compelling photographs are still being made. People are still writing interesting novels, making great movies, and creating music we’ve never heard before. Books and songs have been around for much longer than our relatively young craft; surely they should have run dry long ago, especially if the writers and musicians had thrown in the towel, saying that “it’s all been done.” But nope. They’re still cranking out novels and songs about age-old stuff—like love, for example.

Hasn’t love, as a subject, been done to death at this point? Shouldn’t we move on, find something new to write about? I don’t think so.

We have an insatiable appetite for what is new, but it’s not new subjects for which we hunger, but rather new experiences.

New combinations of old things. New perspectives. New voices. And so long as there are new voices giving us unique points of view on love, it will never get old. Has love been done? Yes. But overdone? We haven’t exhausted it yet, and we’ve been at it for as long as stories have been told and songs have been sung by voices intent on doing so.

Elliott Erwitt photographed Paris beautifully, but he wasn’t the first to photograph it. Not by a long shot. Paris had been “done” by the time he got to it, but Paris according to Erwitt? It was still there, waiting for him to arrive and say something uniquely Erwitt about the place. And it’s still there (if that’s where you want to take your camera), waiting for you to see it—and photograph it—in new ways.

Actors and actresses. Hollywood. Fashion. Done for decades. But not through the lens of Annie Leibovitz until Annie brought it to us in her distinct voice. No one shot the streets of Vancouver like Fred Herzog. No one painted lilies like Claude Monet. If Monet had relied on new or original subjects, he’d still be looking around his garden in vain for something new to paint rather than getting on with painting what he loved in the way he wanted to do it—that is, in his own voice.

Lilies had been done before. But Monet had not.

There’s a risk in trotting out the so-called greats as examples. The obvious reaction is, “But I’m not Monet or Herzog. I’ll never be Annie or Elliott!” But that only proves my point. Of course you’re not them. They have been done.

What hasn’t been done is you.

Those artists don’t have a voice because they’re well-known or recognizable. They’re recognizable not because they’ve found new subjects but rather new things to say about those subjects we all claim “have been done,” and they say it in their own distinctive way.

They found their voice, and you will find yours, though I don’t think you’ll find it by looking around at what others have done or how they’re doing it. You probably won’t find it on Instagram, either.  Voice is found elsewhere.

You won’t find individuality by returning your gaze to the crowd, nor will you find it by asking if they “like” what you make.

Voice is about your taste, not theirs—though that doesn’t mean we need to be contrary about it. Voice is not found when we try to be unlike others, but when we get closer and closer to being most like ourselves. The former is comparative, a never-ending movement away from what everyone else is doing; it’s being different for the sake of being different. The latter is a movement towards something much more specific: our true selves.

Others have photographed Venice, India, Kenya, and bears and underwater beasties long before I could get to them; I am no pioneer where subjects are concerned. Few people are, and you probably won’t be, either. But you can find—in those familiar subjects, the ones already “done”—new ideas, new moments and juxtapositions, and new ways of visually representing your personal tastes and preferences in combinations that are distinctly yours.

There’s a great scene in the 2006 film Art School Confidential that keeps coming back to me as I write this to you. John Malkovich stars as Professor Sandiford, a washed-up artist who never quite made it big and now teaches at a community art school. Sandiford paints (and is known for painting) triangles. Just…triangles. At an event at his home, someone sees his paintings and asks, “So how long have you been painting triangles?” to which Sandiford replies, “I was one of the first.”

First (maybe), but irrelevant. To paint triangles—before others or not—is not the same thing as having something to say about triangles. To cover one subject or another, whether you are the first to do so or just one among many, is not the same as having a voice.

The most compelling photographs do not resonate with us because of the subject but because of the unique way a subject gets expressed by one particular voice or another. So yes, you’re right: it has all been done. But it doesn’t matter because an original voice will always be more creative and more meaningful than an original subject, and while the latter will be elusive to most, the former is within reach of all of us.