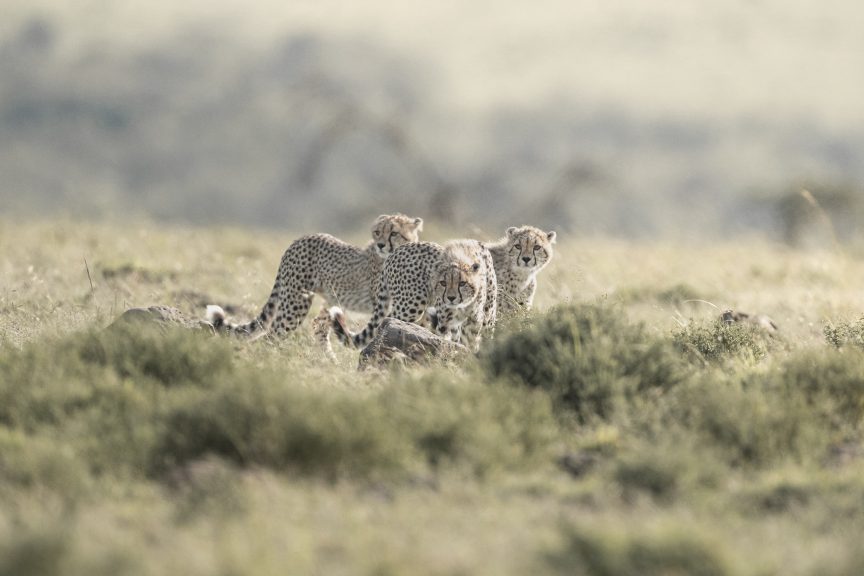 It seems to me there are two very different approaches often taken in making photographs. The first is very ad hoc and opportunistic. You walk the streets of India (or wherever) and photograph whatever catches your eye. You wander and you photograph anything and everything that you can find at the intersection of your curiosity and great light. There’s nothing wrong with this approach; it has a long history in this craft. It’s probably the first approach we learn, and it’s necessary because it’s here where discovery happens. I wouldn’t trade this wandering approach for anything. Wonderfully, no one is asking us to.

Well, that’s not entirely true. There is a train of thought in popular photography that suggests that, based on our personalities, we are either hunters or gatherers. One or the other. The gatherer is the photographer I just described: the opportunistic “shoot what you see” photographer.

The hunter is something altogether different. This is the photographer who goes looking for a specific thing. This might be a theme or story. It might be an idea or a specific subject. Earlier this month, when I was on safari, that specific subject for me was cheetahs. After finding a cheetah family, we decided to follow that family—a mother and three cubs—for nine days. Photographically speaking, we were “hunting”.

As an approach to photography, hunting is more focused. While gathering is broader, hunting is deeper. Both are necessary.

On safari, a gathering approach might see you wandering all day, photographing everything you happen upon, and you’d come home (I hope) with a body of work that’s very general in a “My Week on Safari” kind of way. A hunting approach would see you spending a lot of time with one subject or idea, resulting in a more specific series you might look at as “My Week With Cheetahs.”

I don’t like the idea that any of us are either a gatherer or hunter, but I do see a lot of value in both gathering and hunting (metaphorically speaking). As humans, I’m not sure why it’s so important to be something specific, like a hunter or a gatherer. Maybe we’re allergic to nuance. I believe if we avoid the labels, we can engage freely in both approaches, as they serve us.

I am not a hunter. I am not a gatherer. I’m a photographer who uses both approaches as they best serve my work.

So when I first arrive in a place to photograph, I’m in gathering mode. I’m creating a visual inventory of the place, seeing what’s available, seeing what interests me, and—usually—taking some time to discard my assumptions and expectations. Then, as I see what’s there and begin to make photographs, I get more focused and make more specific choices. I don’t gather or hunt; I gather then hunt. I find out what’s there, and I photograph whatever I like (shoot it all! gather ye rosebuds while ye may, etc.!), but at a certain point, I become less reactive and more proactive.

The hunting photographer who doesn’t first gather and take a broader initial approach might too quickly settle on something that isn’t there. If I arrived in Kenya and decided on day one to photograph white rhinos and really go deep with that, I’d have been later disappointed to find I’d wasted my time chasing a species that’s impossible to find in the area where I was working.

And, conversely, the gathering photographer who doesn’t eventually go deeper with a subject and decide to narrow their focus risks never knowing their subject well enough or spending enough time on it to get the kind of photographs they’re really hoping for.

Two examples suggest themselves from my recent Kenya trip. On our first couple of game drives, we just took it all in. I photographed whatever I wanted to and did my visual inventory: I gathered. And I continued to gather until we began to find the same cheetah family with some consistency and then decided to really go deep with them. Can you see the advantage of spending hours and hours with one subject? You get more chances. You get more moments. You get different light. You begin to anticipate behaviour. We spent over 30 hours with our cheetah family, and that kind of specific hunting approach paid off for us. But it started with gathering.

The second example: I spent time in helicopters on this trip (the images you see below are not drone photographs). At the start, I gathered (I also giggled because it turns out doors-off helicopter rides are just about the most fun I’ve ever had with a camera in my hand). I looked for what was there. I tried to understand the possibilities. I photographed everything I saw. Look! Giraffes! Shadows! Elephants! But as I worked, I discovered it was pattern I was most drawn to, and I started looking specifically (hunting) for that. I got focused. We circled two or three times over scenes rich in pattern and ignored much of the rest. I gathered, and then I hunted. Knowing I was looking for patterns made it easier to recognize them when they came.

I went broad to understand what was possible and then went deep to make the most of those possibilities.

It’s not whether you hunt or gather. It’s whether you’re willing to gather and then hunt.

And in some cases, it’s whether your eyes are open wide enough to gather while you hunt. My desire to look for and photograph cheetahs every single day didn’t stop me from photographing unexpected moments. At one point, we were getting skunked looking for the cheetah family we’d already spent so much time with—hadn’t seen them all morning. But in the search, a beautiful elephant made herself known, playing coy behind a bush very close to our vehicle. Raising my long lens, I made a few dozen frames of her face, nicely obscured by the bokeh created by nearby out-of-focus leaves. It’s one of my favourite images of the trip.

As a deeper, more focused approach, hunting need not blind us to other opportunities. In fact (though I can’t say why), it seems to open me more to those other chances when they happen. Maybe it’s because I’m not looking so hard and I’m more receptive—I don’t know. But I do know I can’t seem to choose one or the other.

To hunt or gather is not a personality thing; it’s a matter of choosing to approach your craft with both breadth and depth and to do so as it best works for you. Just don’t get sucked into doing the one and neglecting the other.

Thoughts? I’d love to hear from you in the comments below.