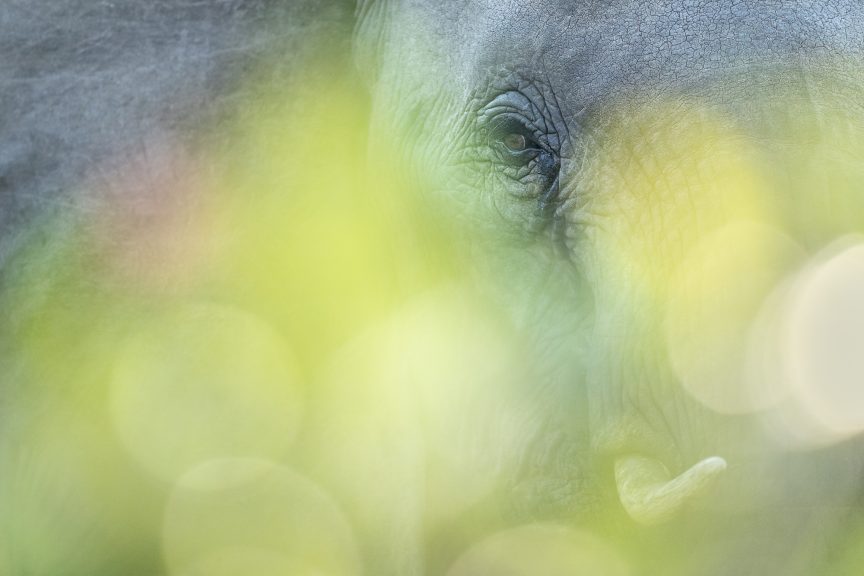 Your biggest challenges, the ones that stand in the way of your best photographs, are not technical; they are creative. I’d put money on that being true for almost everyone who reads this. Once you’ve learned the fundamentals, the challenges you have won’t be solved with your tools so much as by your thinking.

When you look at the work you’re creating and wonder why it’s not what you imagined or hoped, it’s probably not your camera. And when it all comes together and your photographs are more than just perfect but personal and even poetic—when they’re not only visual but visceral—that too is the fruit of your thinking.

This is all the more important when you remember that seeing is not a function of the eyes alone; perception is a function of the mind. How we see, even what we see, is in our thinking. I was reminded of this recently while reading an interview with photographer Stephen Shore, who said, “It seems to me that a good photographer is a combination of two things: one is interesting perceptions, and the other is an understanding of how the world is translated by a camera into a photograph.”

If we’re willing students, I believe the camera teaches us both.

At a recent lecture series, I met a woman who introduced herself as someone who photographed as a way to see—and not to miss—what she had overlooked. I told her she was as much a poet as a photographer, and she laughed and brushed it off, saying, “No, I’m just old.” Maybe. But not everyone who lives long also lives so wide awake, so keen not to overlook it all. Not to miss anything.

Having open eyes should not be mistaken for having an open mind. One of the reasons the craft of photography is so powerful and holds such allure for many of us is that the camera helps us see and think differently. Doing so makes us more awake and alive.

“Interesting perceptions,” Stephen Shore says. These are a matter of individuality, not groupthink. We don’t arrive at them by edging ourselves closer to the crowd, but instead by learning to see what is overlooked, even if that’s an overlooked way of thinking about something common. After all, it’s all been done, and that makes everything a little more common. The strongest photographs will not be those with a subject that was previously unphotographed, but those that are photographed from an interesting point of view. And they will be made by those who think about the world in interesting ways.

So when my new friend said she photographs to see what has been overlooked, I don’t think it’s so much that she’s never seen a shell on the beach, but that she’s never noticed one in such a way that she truly gives it her attention and consideration. The camera helps with this because it begs us—even forces us—to make choices if we’re to transform that shell in a photograph from “something pretty” to something “pretty interesting,” as my friend Dave Brosha says.

To make an interesting photograph of the shell on the beach requires us to think differently about it. To see it for more than it first appears to be. Maybe that’s an unexpected juxtaposition. Maybe it’s the light. Maybe it’s a vision of that shell only the camera can make possible as it interprets light, space, and time differently than we can. Maybe it’s as a symbol or metaphor.

Or, as Edward Weston so beautifully put it, “This then: to photograph a rock, have it look like a rock, but be more than a rock.”

To do that requires we think of rocks as more than “just a rock.” French American painter Robert Henri implored his students to “paint the flying spirit of the bird, not its feathers.” To do that requires that we see more than just the feathers—that we think differently about the bird. And when American Magnum Photographer David Alan Harvey begs us not to shoot what it looks like but to “shoot what it feels like,” we had better feel something about it, whatever it is towards which we’re pointing our lens.

My cameras have taught me to dig deeper within and look longer at the outside world in hopes of finding what’s more than on the surface. They have taught me (are still teaching me, really) to give everything a second look and a second consideration.

The best photographs do not capture the obvious but show us the thing we might have missed; they show us the obvious in a way that is anything but. Weston’s Pepper No. 30 does this. It’s just a pepper, yet so much more than a pepper.

Weston’s Pepper No. 30 does more than show us a pepper; it also shows us Weston. It pulls back the veil a little on a man with interesting perceptions. I sometimes wonder if it did the same for Edward himself, showing him something new about himself and the way he saw the world. Weston’s pepper might even show us something of ourselves as we respond to the photograph in the same way a Rorschach test might when what we see within the inkblots is something more than an inkblot. What do you see in those sensual curves? I’ll bet it’s more than a pepper.

Perhaps this explains some of the attachment we feel to our cameras when, having helped us open our eyes and changed our thinking, they become more than just a camera. On my best days, my camera feels like an extension of me. This certainly explains why we feel so strongly about making photographs if, like me, you feel more awake and alive when doing so.

The camera asks us to look again and enter into a more interesting dialogue with the world.

My cameras have helped me not only accept my own view of the world but expand it. They’ve helped me come to grips with and to value my “interesting perceptions,” which is hard to do for any of us who think and see differently in a culture that encourages us to compare ourselves with others and to grind down the bits of ourselves that are “weird.”

Interesting perceptions come from within. They are expressed (and often learned) with the camera in hand, but they come from someplace else—an inner place where all our influences mingle and combine. They beg us for more influences. And it’s not a stretch to suggest that the best thing we can do to think differently is to expose ourselves to different thinking rather than the echo chambers that encourage more of the same ideas, galvanizing the tastes we already have.

Interesting perceptions come from the labyrinthical parts of ourselves that are hard to map but easy to hide if we’re uncomfortable with them, though that would be a real shame because it is precisely the bits that make us weird that also make us interesting. Those are what we most need to see (and about which we need to think differently) if we’re to make photographs that are more interesting. But more importantly, if we’re to get to the end of our lives and not find that we ourselves were the one thing we most overlooked.

*An important update, August 15, 2022. Since publishing this article some very real concerns about the reputation of (now former) Magnum Photographer David Alan Harvey have been brought to my attention. He is accused of sexual harassment and abuse (and you can find more in this article from the Columbia Journalism Review). By quoting Harvey as saying “shoot what it feels like” I was endorsing a photographic idea, not the man himself, but in light of these allegations I feel it’s important that you know I will always fall on the side of the defenseless and those hurt by the abuse of power, and while I am keeping this article intact as I wrote it, I will not be quoting David Alan Harvey in the future, nor citing him as an example of what is good, excellent, and worthy of respect. I will try to be more diligent in the future about those I quote.